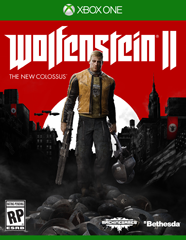 
Off the top of my head, I think it's been a good two years since we've had a good Wolfenstein game. Bethesda figured that was true so they have announced that on  10.27.2017, you can expect to see Wolfenstein II: The New Colossu make it's way to your entertainment device. The press release is kind of neat because at the end, the pre-order gives you something I think a lot of us would like to see:

You are BJ Blazkowicz, aka “Terror-Billy,” member of the Resistance, scourge of the Nazi empire, and humanity’s last hope for liberty. A heart-pounding journey brought to life by the industry-leading id Tech® 6, Wolfenstein II: The New Colossus sends you on a mission to recruit the boldest Resistance leaders left.  Fight back against the Nazis in iconic locations such as small-town Roswell, New Mexico, the flooded streets of New Orleans, and a post-nuclear Manhattan. Equip an arsenal of badass guns, and unleash new abilities to blast your way through legions of advanced Nazi soldiers, cyborgs, and über soldiers in this definitive first-person shooter. Only you have the guts, guns, and gumption to return stateside, kill every Nazi in sight, and spark the second American Revolution.

On October 27, Bethesda will also release the Wolfenstein II: The New Colossus Collector's Edition, which includes a 1/6 scale 12-inch action figure of the game's Nazi-killin' hero William Joseph "BJ" Blazkowicz, packaged in a premium, 1960s-style box. BJ comes fully equipped to rally the Resistance and free America, with an arsenal of accessories including four high-powered guns, a hatchet, and his bomber jacket.  Available through participating retailers across the globe, this limited Collector's Edition also includes the eagerly awaited game inside an exclusive metal case, and a 9"x14" Blitzmensch poster. 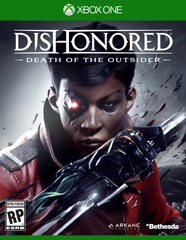 
The Dishonored series really is a good one. And I believe Bethesda and Arkane know that to be the case. The upcoming DLC entiteld Death of the Outsider will be making it's way to your console and pc on 09.15.2017.  Having you "...take on the role of notorious Billie Lurk as she reunites with her mentor Daud in order to pull off the greatest assassination ever conceived" by killing off The Outsider.


The Scorpio. While I liked that code name a lot, I kind of didn't see it fitting in with the chain of things called "Xbox".  Rightfully so, someone in the MS marketing department also thought the same. And so we have the Xbox One X.  Fitting if you ask me considering it kind of gives you that whole "elite" secret sort of prototype status, etc.  For starters, here is a nice little promo video:

Coming in at the price of $499, the Xbox One X will give you all of the gaming glory you desire outside of a PC with the following specifications: 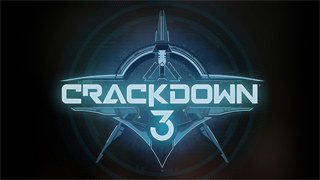 
As we post this, the Crackdown website is well, cracked down from user overload.  Someone didn't set up load balancing properly across their cloud regions. Anyway, we all love Crackdown. We all love it even more that it's going to finally be available for us to use 11.01.2017. But what makes it even better? How about some Terry Crews action? 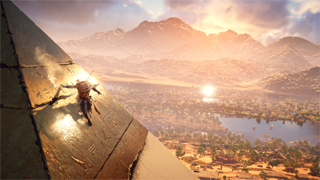 
Hello Folks. It has been  roughly a year or so since the Ubisoft team took a break to make things right when it comes to Assassin's Creed. Considering it is E3 this week, that means there are lots of new things coming out. And why not have a new Assassin's Creed come forward but this time be all about how it started. Assassin's Creed Origins, due out 10.27.2017 on your console/pc of choice, has you set enitrely within ancient Egypt and it appears to be everything you'd think it would contain. Beautiful looking that is for sure.  Without doing a complete rewrite of stuff, head over to the Ubiblog to see a complete update on everything right after watching the premier trailer below, in 4K of course. 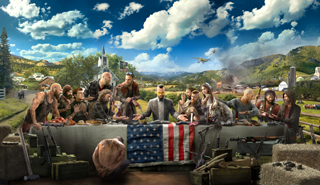 
We knew it was coming. It was quiet on the Far Cry homefront when it comes to Ubisoft. Little tid bits here and then, and then finally, we get the news. 02.27.18 expect to get your fun on when Far Cry comes to the American Hearland!

Let us just get to the trailer:

Pictures? Yah, we have them here for you.

Today, Ubisoft® announced that gamers will experience the chaos, unpredictability and ferociousness of the Far Cry franchise with Far Cry® 5 on PlayStation®4 Pro computer entertainment system, PlayStation®4, the Xbox One family of devices, including Project Scorpio, and Windows PC. Set in America for the first time, in Montana, players will have total freedom to navigate this serene-looking yet deeply twisted world solo or entirely in two-player co-op as they fight for survival and freedom, when the game releases on February 27, 2018. Development for Far Cry 5 is being led by Ubisoft Montreal*.

As the new junior deputy of fictional Hope County, Montana, players will find that their arrival accelerates a years-long silent coup by a fanatical doomsday cult, the Project at Eden's Gate, igniting a violent takeover of the county. Caught off guard and drawn into a power struggle, players must disrupt the carefully laid plans of the Project at Eden’s Gate and fan the fires of resistance to help liberate the Hope County community and themselves.

Under siege and cut off from the rest of the world, players will join forces with residents of Hope County and form the Resistance. The fight against the cult will take players to unique locations throughout Hope County that provide different gameplay experiences… 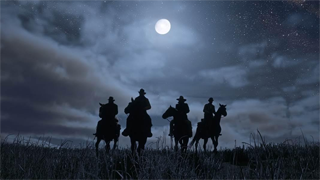 
Rockstar Games released some information today about Red Dead Redemption 2. Everything was hoping for a 2017 release, but sadly that isn't going to happen. From the press release:

Red Dead Redemption 2 is now set to launch Spring 2018 on PlayStation 4 and Xbox One. This outlaw epic set across the vast and unforgiving American heartland will be the first Rockstar game created from the ground up for the latest generation of console hardware, and some extra time is necessary to ensure that we can deliver the best experience possible for our fans.

We are very sorry for any disappointment this delay causes, but we are firm believers in delivering a game only when it is ready. We are really excited to bring you more details about the game this summer. In the meantime, please enjoy this selection of new screenshots from the world of Red Dead Redemption 2.

One can only hope with a certain new console coming out fro release, it's going to look just as glorious as these screenshots released as well. 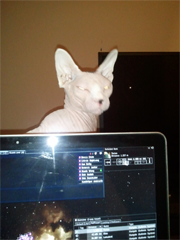 
Yes, we have been absent. But because life has thrown a few things our way, we've been a bit quiet. Note those, we haven't gone away and are still here. 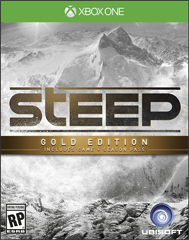 
With winter making its way upon the world that hasn't been warmed up through that thing we call global warming, Ubisoft wants to whet your appetite with an open beta for STEEP. Pretty much all things winter sports on a mountain, you can regsiter for a chance to play the beta on the weekend of 11.18.2016 by heading here and doing what is asked of you: http://www.steepgame.com/register 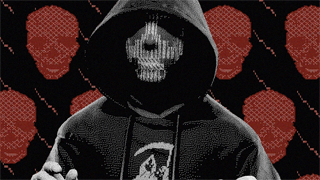 
Soon!  And after watching this gameplay trailer for Watch Dogs 2, it isn't going to be soon enough. "For Marcus Holloway, the San Francisco Bay Area is his playground. From Marin to Oakland to Silicon Valley to the City, the neighborhoods and people are as diverse as the activities dotted everywhere in the Bay Area. Watch the “Welcome to San Francisco” Trailer and take in all of the sights, sounds and action that the world of Watch Dogs 2 has to offer."